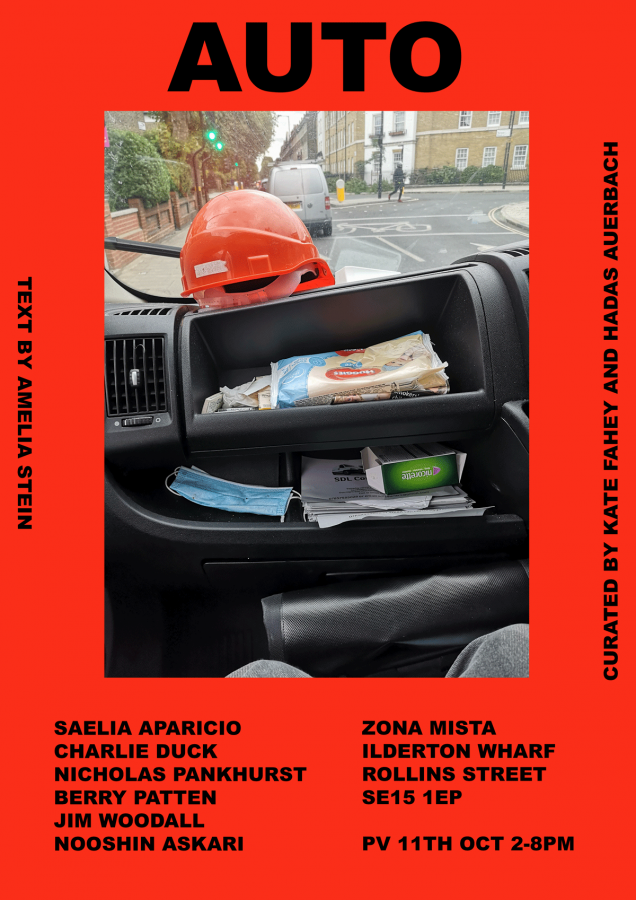 In compliance with government guidelines we will maintain social distancing and the rule of six within the project space and outside areas. Please join us and wear a mask.

Jean Cocteau’s Orphée receives otherworldly messages through the radio of his Rolls Royce, which he listens to from the driver’s seat with the car in park. Orphée, a frustrated poet, is transfixed by these speech fragments, transmissions from one of death’s angels, in which he hears the promise of a future. Radio and Rolls alike become instruments of divination and deferral.

Cocteau’s original angel was the poet Raymond Radiguet, who died
at twenty after contracting typhoid from a bad oyster. It is said that Radiguet visited Cocteau only once, as Heurtebise, angel of “supernatural symmetry”,1 and that this visit inspired Cocteau’s subsequent lifetime
of work. Heurtebise appears in Orpheé as death’s chauffeur.

Yukio Mishima wrote an essay I don’t like much where he compares the actor James Dean’s “beautiful death,” at 24, in a horrific car accident, to Radiguet’s. Learning about the latter as a child caused Mishima to wish that his own death be mourned as “sorely”—but “as it happens,” he writes, anachronistically, “nothing happened.”

In his essay on the Orpheus myth, Maurice Blanchot suggests that impatience is a mistake made by those who wish to escape the absence of time, but patience is a trick of a different kind, an attempt to create time out of nothing.

When I read back on these examples, I realize I am writing about the difficult condition of being nostalgic for the future.