Zona Mista is pleased to present a solo show by Lorenzo Dalbosco.
An Italian born artist based between London & Tokyo, Lorenzo works primarily with photography.
Much of his practice is betwixt moments of ordinary life and the strangeness of human nature.
The slower pace of shooting on film gives his work time to rest, settle and re-emerge with new meanings.
Lorenzo shot this body of work in Seoul during his first travel to South Korea.
His photographs possess a sinister element that attribute to the mysticism which he sought for while in Asia.
He is interested in the symbology behind the number three (三), its connotation and syncretism and how it relates to the mountain (山) as a spiritual place, a natural entity formed of three sides, that connects the earth and the sky: a catalyst of energies.
Cairns are ancient pagan rituals of good luck common in Korean forests, and are believed to absorb and balance the energy of beings.
The San-shin is the spirit of the mountain (Hangul: 산신; Hanja: 山神) in Korean Shamanism, a tradition now hidden under the layers of modernisation and forced christianisation. 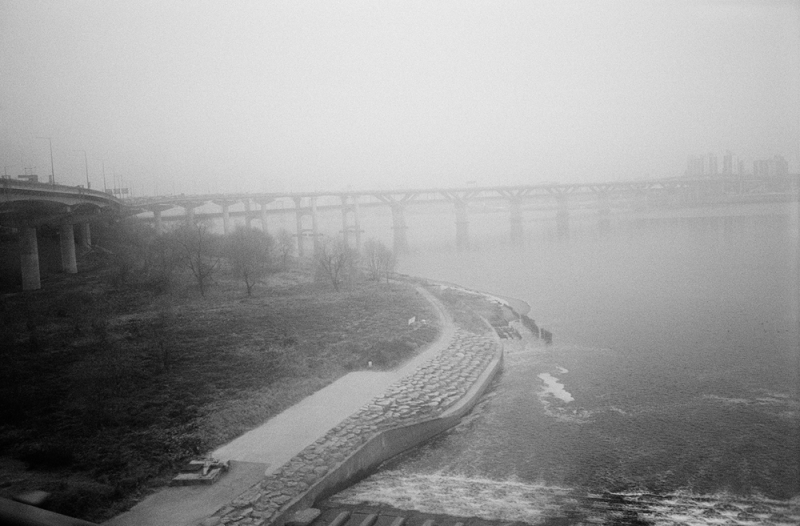